The American Philosophical Society promotes useful knowledge in the sciences and humanities through excellence in scholarly research, professional meetings, publications, library resources, and community outreach. Founded by Benjamin Franklin in 1743 as this country's first learned society, the APS has played an important role in American cultural and intellectual life for over 250 years. The APS honors and engages leading scholars, scientists and professionals through elected membership and opportunities for interdisciplinary intellectual fellowship, particularly through the semi-annual meetings. The Society supports research, discovery and education through grants and fellowships, lectures, publications, prizes and exhibitions. It serves scholars through a research library of manuscripts and other collections internationally recognized for their enduring historic value.

The American Philosophical Society Library is a major national center for research in the history of the sciences, medicine, and technology. With its roots extending back to the founding of the Society in 1743, the Library houses over 350,000 volumes and bound periodicals, eleven million manuscripts, 250,000 images, and thousands of hours of audio tape. Among the many extraordinary books in the collections of printed materials are first editions of Sir Isaac Newton's Principia, Charles Darwin's Origin of Species, a presentation copy of Thomas Jefferson's Notes on the State of Virginia, the elephant folio of Audubon's Birds of North America (for which the APS was an original subscriber), as well as a majority of Benjamin Franklin imprints and a significant portion of Franklin's personal library. The Library's manuscript collections include a vast range of materials covering such topics as 18th-century natural history, American Indian linguistics and culture, nuclear physics, computer development, and medical science. The Library is among the premier institutions in the nation for documenting the history of genetics and eugenics, the study of natural history in the 18th and 19th centuries, quantum mechanics, and the development of cultural anthropology in America. 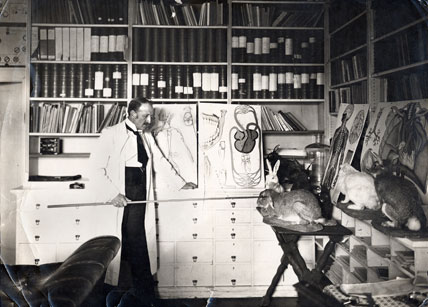