“A Mind Prostrate”: Physicians, Opiates, and Insanity in the Civil War’s Aftermath 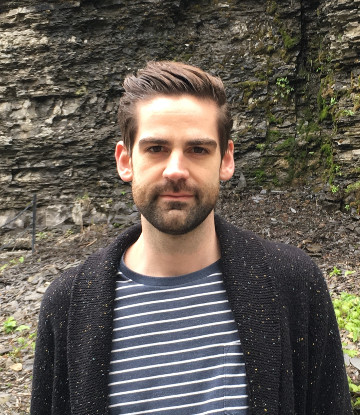 Jonathan Jones is a 2017-2018 Research Fellow and is a Ph.D. Candidate in History at Binghamton University.

Dark rumors of Civil War veterans’ addiction to morphine and opium riveted Americans during the Civil War’s aftermath. Many observers believed the so-called “morphine habit” was a kind of “insanity” to which veterans were particularly susceptible, made so by the dangerous medical practices of Civil War military physicians that exposed soldiers to addictive opiates during and after the war. As one addicted veteran explained in his 1876 memoir, opiates left an alarming number of the Civil War’s survivors with “a mind without elasticity or fertility – a mind prostrate.”[1] “The evil is like an epidemic,” reported another author in 1878. “It is in the atmosphere.”[2]

My dissertation, “‘A Mind Prostrate’: Physicians, Opiates, and Insanity in the Civil War’s Aftermath,” is the first full-length investigation of the Civil War-era opiate addiction epidemic. I argue that opiate addiction cost addicted veterans dearly because the condition was stigmatized and gendered, seen by many Americans as a vice afflicting the insane, the effeminate, and those lacking self-control. Opiate addiction therefore left addicted veterans emasculated and stripped of entitlements like pensions, and for these outcomes veterans and their families blamed the medical profession. Veterans’ opiate addiction—and in particular iatrogenic, or, physician caused addiction—therefore threatened the credibility of the American medical profession, compelling physicians to embark on a constellation of progressive reforms intended to end the addiction crisis while bolstering “regular” medicine’s standing in the public eye.

My research utilizes unpublished, underutilized records of physicians, hospitals, asylums, and pharmacies in conjunction with recently digitized medical journals to investigate the opiate crisis. The Civil War-era medical manuscripts held by The College of Physicians of Philadelphia, Yale University libraries, and the American Philosophical Society, which I visited in as a CHSTM Research Fellow in 2017-18, made inimitable contributions to the evidentiary base of my dissertation. These manuscripts both allowed me to test my preliminary dissertation findings, and molded my argument in exciting new directions.

Historians have recognized the iatrogenic origins of Civil War veterans’ opiate addiction since the 1970s.[3] Yet no full-length studies of the Civil War-era opiate addiction crisis exist, and the few articles on the subject rely merely upon impressionistic sources. Anecdotal evidence suggests that Civil War military surgeons doled out opiates for pain and sickness by the syringe-full. For example, one Union army doctor sheepishly admitted in 1866 that during the wartime years he relied upon opiates “as an all-healing panacea, which in all quantities always does good, and can never do harm.”[4] Consequentially, military doctors fell under a wave of criticism after the war, blamed by members of the public for causing veterans’ addiction by overprescribing addictive opium and morphine for pain and sickness. Historians often replicate this criticism. A trope routinely invoked in the historiography of Civil War-era medicine is that of syringe-wielding army surgeons, who inadvertently caused an epidemic of opiate addiction through medical carelessness or ignorance.[5]

This juncture is precisely where spending time working in the collections of Consortium members benefited my research. Before setting out the CHSTM members’ archives, my preliminary dissertation research suggested answers to these enduring questions. Analysis of Civil War-era medical journals—only digitized in the past few years by the Medical Heritage Library—reveals that physicians proposed radical, innovative measures during the 1860s, 1870s, and 1880s in order to resolve the opiate addiction epidemic and mitigate the erosion of physicians’ reputation brought upon by the crisis.[6] Foremost among these measures, in an effort to end the opiate crisis through professional self-regulation, young, elite ex-Union army physicians called for their colleagues to prescribe fewer opiates, substitute them with less-addictive painkillers, and even ban opiates altogether. Proponents of these measures hoped they would result in less iatrogenic opiate addiction. These were truly radical proposals, considering that opium and its derivatives were some of the nineteenth century’s most important and widely-used drugs, beneficial not only as painkillers but also as medicines for everything ranging from diarrhea and cough to lockjaw and rabies. Additionally, physicians sought to “medicalize” opiate addiction by treating it as a disease of the body, rather than a moral failing, breaking with antebellum precedent. To this end, they encouraged addicted veterans to avoid asylums, which were associated with moral and mental degeneracy, and instead enter specialized medical facilities called “inebriate clinics.” These clinics—which we might consider to be the first American drug rehabilitation centers—offered innovative medical treatments for addiction, such as physician-supervised withdrawal and drug replacement therapy.

But how readily did ordinary physicians actually accept and implement the radical reforms proposed by their elite counterparts? This remains an open question because published medical journals, my primary sources before hitting the archives, speak mainly to medical theory, not practice. They cannot conclusively indicate how proposed reforms were actually enacted in post-Civil War clinics, asylums, hospitals, and pharmacies. To this end, the Civil War-era medical manuscripts in the collections of The College of Physicians of Philadelphia, Yale University’s libraries, and the American Philosophical Society will go a long way resolve this limitation in my initial research. Daybooks, account ledgers, and prescription logs kept by both military and civilian physicians working in clinics, hospitals, and asylums throughout the period contain a wealth of medical data that would allow me to test my preliminary findings. Yet despite their value, these sources are severely underutilized by historians of the Civil War era, who have traditionally employed narrative texts like letters, memoirs, and military reports to study Civil War-era medicine.

These manuscripts contain quantitative data that enabled me to test my preliminary findings. The College of Physicians of Philadelphia’s large collection of Civil War-era physicians’ daybooks, ledgers, case notes, and medical school lecture notes were particularly useful toward this end. I employed manuscripts like the William W. Rutherford and A. T. Dean Account Books to quantify the conditions for which doctors prescribed opiates before and after the Civil War, paying close attention to changes over time. By 1861, the beginning of the Civil War, American doctors employed opiates for approximately 140 unique medical conditions. During the addiction crisis many doctors called for the profession to move away from the widespread prescribing of opiates, and this number plummeted. Other manuscripts, such as the William L. Du Bois Prescription Records, indicate that the opiate prescription rate declined from an antebellum high of over fifty percent to a mere sixteen percent by 1876, a decade after the opiate addiction epidemic began.[7] These patterns suggest that at least some reforms proposed in medical journals to resolve the opiate addiction crisis were disseminated in practice to ordinary practitioners, confirming aspects of my preliminary dissertation research.

My time as a Research Fellow also spurred my dissertation research in new, exciting directions. While working at Yale’s Medical Historical Library, I stumbled across a stash of pamphlets and advertisements for patent medicines marketed to addicted people as “cures” for opiate addiction. As I thumbed through these manuscripts out of curiosity, the language in which opiate addiction cures were marketed captivated me. I came to realize that patent medicine proprietors were not simply selling medicinal “cures” to addicted veterans. Instead, advertisements were also selling veterans a way to redeem their masculinity from opiate addiction. Patent medicine proprietors intentionally marketed their wares in the language of masculinity because they understood that addicted men, including veterans, were emasculated by opiate addiction. To Civil War-era Americans, opiate addiction signaled femininity, physical weakness, and, most of all, unnatural dependence—all antithetical to Victorian manhood. Redeeming one’s masculinity by ending a man’s “slavery” to opiates, as doctors often described addiction, was thus a major selling point for patent opiate addiction cures. For example, Samuel B. Collins marketed his “Painless Opium Antidote” using testimonials from veterans who supposedly cured their opiate addictions by way of Collins’s wares. Byron McKeen, a Confederate veteran from Galveston, Texas testified in 1872 that Collins’s Painless Opium Antidote that “now, I feel myself no longer a slave, but a free man.”[8]

Without the opportunity to visit the archives of consortium members, I would not have had access to the William W. Rutherford and A. T. Dean Account Books, the William L. Du Bois Prescription Records, or Samuel B. Collins’s patent medicine advertisements. Ultimately, by providing access to medical manuscript collections of Civil War-era physicians’ daybooks, account ledgers, prescription registers, and patent medicine advertisements, a CHSTM Research Fellowship allowed me to verify my initial dissertation findings and to pivot my research in exciting new directions.

[2] “The Opium Habit: Some extraordinary Stories of the Extravagant Use of the Drug in Virginia–Correspondence of the Cincinnati Inquirer,” The New York Times (March 2, 1878), 2.