Abolition and the Making of Scientific Racism in the Anglophone Atlantic 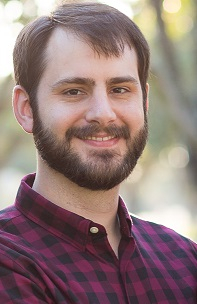 Sean Smith is a 2018-2019 Research Fellow and a Doctoral Candidate in the Department of History at Rice University.

In January 1861, Mississippi joined South Carolina and became the second state to secede from the United States. Mississippi’s declaration of secession directly announced “Our position is thoroughly identified with the institution of slavery” and continued on to explain that the state must leave the Union to maintain slavery and by extension their “commerce and civilization.” In support of their argument, the drafters of the declaration claimed that racialized slavery was necessary because it was the only way to grow the world’s most valuable products: “These products are peculiar to the climate verging in the tropical regions, and by an imperious law of nature, none but the black race can bear exposure to the tropical sun.” No historian should be surprised by the direct connection between Mississippi’s secession and slavery, but some might be surprised of the importance of climatic-racial logic to supporting slavery. However, claims linking enslaved African labor to Caribbean and later southern North American climates remained a constant of Anglophone proslavery discourse from the seventeenth century through the nineteenth. These claims were so persistent and pervasive that antislavery writers on both sides of the Atlantic regularly answered and even used them. As much as pro- and antislavery activists conflicted about the not-so-peculiar institution, they often agreed about the climatic logic of race that supported it.

My dissertation traces these climatic ideas of race and health through British and American debates concerning the abolition of slavery. Between 1733, when Georgia was established as a slave-free colony, and 1833, when Britain legislated the emancipation of slaves in its Atlantic colonies, this project uncovers how contemporaries made medical and scientific facts related to race while arguing over slavery. As pro- and antislavery writers argued about slavery, they supported their positions with conflicting assumptions about how racially different bodies reacted to climate and illness. This project focuses on these core assumptions about race and bodies to reveal their development in a discourse usually examined for its political, ethical, and religious content. These moments of political debate forced the enunciation of long-held beliefs about human differences and led to their crystallization as scientific racism.

Because my project focuses on public discourse, the majority of its sources are published works concerned with slavery or race theory. Those printed works are augmented with private papers, including correspondence, early drafts of publications, and lecture notes. Support from the Consortium for History of Science, Technology, and Medicine gave me access to all these types of sources. As a Research Fellow, the Consortium sponsored research travel to Princeton University, the American Philosophical Society, and the Library Company of Philadelphia. These libraries all hold rare print materials related to eighteenth- and nineteenth-century slavery, abolition, medicine, and racial theory, and they contain personal manuscript collections on these subjects as well.

When I traveled to Princeton and Philadelphia for my fellowship, I expected to use personal papers to find specific details about how and why abolitionists, proslavery activists, and racial theorists came to the conclusions they did about race and slavery. For the most part, the surviving documents did not provide those details. There are, of course, early drafts of published works and lectures on these topics, but these manuscripts say more about how these people perfected their arguments than why they thought them in the first place. Instead, the archival record revealed the larger cultural context in which these figures thought about slavery and race.

At Princeton, I focused particularly on manuscripts related to Samuel Stanhope Smith, one-time president of the university and the author of the monogenist An Essay on the Causes of the Variety of Complexion and Figure in the Human Species (1787, 1810). Smith was predominantly a theologian and philosopher, and his Essay is often presented as a conservative Christian reaction against polygenist works such as Lord Kames’s Sketches of the History of Man (1774). However, access to Smith’s and his students’ notes on his lectures on moral philosophy helped me to contextualize Smith’s concern with human variety and race in a different way. Smith was interested in human variety not simply because he believed natural philosophy needed to be reconciled with biblical accounts of history, as he stated in An Essay. He also was influenced by contemporary philosophy that stressed that the perceptions of the human mind were filtered through the experiences of the body. For Smith to argue for a common moral philosophy, he had to first establish a common human body that reacted to external stimuli consistently across humanity. The context of Smith’s lectures pushed me to realize the importance of race to late eighteenth-century philosophy as a subject entangled with, but distinct from slavery.

In Philadelphia, I moved between the American Philosophical Society and the Library Company. This freedom contributed to some realizations I might not have otherwise had. In particular, the two archives both contain collections of Samuel George Morton’s papers, with the Philosophical Society tending to focus on his earlier writings and the Library Company on his later ones. Morton is traditionally considered one of the originators of the American school of anthropology and scientific racism. His Crania Americana (1839) and Crania Aegyptiaca (1844) used skull measurements to argue for “Caucasian” racial superiority. By reading Morton’s letters, I realized that he was gathering information about the health benefits of warm weather in tropical places like the Caribbean for his (presumably) white patients at the same time that he was collecting skulls and writing Crania Americana and Crania Aegeyptica. At first, these developments appear unrelated, and they may have been in Morton’s mind as well. However, the implication that European-descended people, whose health was traditionally thought to be better in temperate climates, might improve in more tropical climates indicates that Morton may represent an even more radical shift in racial thinking than previously realized. By contextualizing Morton’s racial texts with his medical practice, I realized that Morton may have been moving away from climatic-racial thinking in his medical practice at the same time that he was using skulls as proof of internal (instead of climatic) racial differences.

Reflecting on my research, the structure of the archive limited what I could find and pushed me to think about the cultural and intellectual context of my subjects, rather than the subjects themselves. Ultimately, the realization of the importance of context reinforced the usefulness of a broad, cultural approach focused on popular discourse to the history of race and abolition.