Being and Becoming a Midwife in 18th century France: Pedagogical Practices and Objects 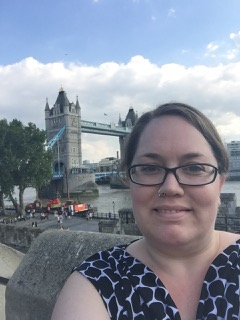 Scottie Hale Buehler is a 2018-2019 Research Fellow and Ph.D. Candidate in the Department of History, University of California at Los Angeles.

During the second half of the eighteenth century, concerns over a perceived population crisis and a neo-Hippocratic commitment to the social and physical environment as sources of both health and disease resulted in childbirth becoming a site for widespread governmental and medical intervention in France for the first time.[1] Central to the ensuing debates over proper care providers was a disagreement over legitimate types of knowledge. While midwives argued that their female bodies and experiences gave them true obstetrical knowledge, male practitioners disagreed, instead emphasizing anatomical and medical learning. Charges of incompetence and ignorance against rural midwives lead to debates about midwifery education. The government and the Société Royale de Médecine (SRM) sought to bring midwifery into the medical establishment through education, not eliminate the practice. Using not only published texts, but also student notes, SRM surveys of midwives, newspaper advertisements, and material objects such as instruments and obstetrical mannequins, my dissertation focuses on the role of objects and practices in knowledge creation, knowledge transmission, and gendered professional demarcation in obstetrical training courses.

The diversity of sources in my project enables me to ask questions about the connections between knowledge, practice, and objects that are common in the history of science and medicine, but with which historians of midwifery have yet to grapple. By incorporating objects and practices into my study, hidden historical actors, such as illiterate women, come to light. In addition, I employ gender as a category of analysis to tease out the role of objects and practices in gendered professional demarcation, destabilizing the overly simplified narrative of man-midwives overtaking the exclusively female domain of midwifery. Alternatively, I argue that the ultimate professionalization of midwifery was not a foregone conclusion but instead was negotiated and contested by all types of practitioners.

During my tenure as a CHSTM Research Fellow, I conducted research at the University of Pennsylvania, the New York Academy of Medicine, and Yale’s Medical Historical Library. I had two goals: first, to delve into the libraries’ corpora of eighteenth-century printed midwifery books, seeking to understand how these books circulated, who their primary audience was, how they were intended to be used, and, where appropriate, how they were actually used; second, to gain familiarity in the main types of obstetrical forceps in the eighteenth century and their modifications and receptions through the extensive collection of instruments at Yale’s Medical Historical Library. Three examples will prove how I accomplished these goals.

André Levret was one of the most prominent accoucheurs (man-midwives) of eighteenth-century France. He published prodigiously; created and modified many medical instruments, including his famous curved forceps; taught a prestigious private course of accouchement; obtained his master surgeon status and membership in the Royal Society of Surgery in 1742; and became accoucheur to Dauphine Maria Josepha of Saxony in 1760.[2] Chapter two of my dissertation explores his pedagogical methods for his private midwifery course and its role in promoting his conception of childbirth and his instruments. The New York Academy of Medicine has a copy of his textbook, L’Art des Accouchemens (1753), that lacks Levret’s name (though the frontispiece of Levret remains) and the publisher’s information. This illicit copy of Levret’s book suggests a black market for his textbook, which normally required attendance in his class to obtain. Future editions would be available to the general public but this illicit book proves the wide interest in Levret’s system of childbirth and the financial gains to be made through marketing it.

Another book, this one legal, reveals the afterlife of textbooks for midwives when they returned home. Madame Coutanceau, adopted niece of the famous French midwife Madame du Coudray, replaced rival courses of surgeons and midwives with her own in Bordeaux, France beginning in 1786. A copy of her textbook, Instructions Théoriques et Pratiques à l’Usage des Élèves (1800), survives at Yale’s Medical Historical Library. A student, Marie Roy, has signed her name, taken some notes during Coutanceau’s class on a few of the blank pages, and, later, used the remaining blank pages as a diary of the weather, crop conditions, familial births, and other births she attended in the surrounding areas as a midwife. Textbooks often served as prizes for the top students in midwifery courses and became treasured items when they returned home. Using her notes I will be able to develop an idea of how far she traveled for births and how many she attended. Such notes enable me to connect students in the classroom to their lives as midwives after graduation.

Finally, I had the opportunity to explore the collection of obstetrical forceps at the Yale Medical Historical Library. The extent of the collection allowed me to compare the myriad modifications made to the articulations and blades as well as in sizes and materials. The opportunity to handle the instruments was most fruitful; taking them apart and putting them back together to gain an embodied knowledge of how they worked. I recently presented work developed, in part, from this research on Andrè Levret’s addition of the pelvic curve to the obstetrical forceps at the History of Science Society’s annual conference. My experiences handling these instruments have prompted me to ask questions about the entanglements of these objects with the bodies of operators.

I am indebted to the Consortium for the History of Science for its support of this project and to all the archivists who helped me along the way. This research and the conversations I had with scholars at the Consortium have reshaped my dissertation and pushed me to ask new questions while clarifying old ones.