Calculating the Substance of Human Life: The Emergence of Nutritional Studies in Britain 1918-1941 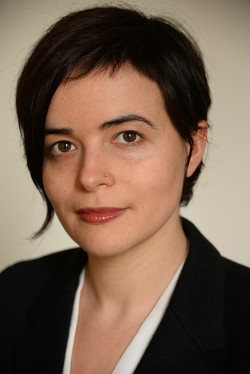 Alma Igra is a Ph.D. candidate in International History at Columbia University.
My dissertation explores the history of scientific nutrition in the first half of the 20th century. My project is focused on nutrition studies and nutrition policies in Britain and its empire, and connects scientific nutrition with scientific agriculture and other forms of food planning. I ask how the new discipline of nutrition was shaped and gained scientific and political influence, and how it operated with relation to other disciplines in the social and natural sciences. Before joining the Consortium for History of Science, Technology and Medicine as a Research Fellow for 2017-2018 academic year, I conducted research in several archives in the United Kingdom.
While working in the Consortium archives, I investigated new aspects of my dissertation topic. I used the rare book collections at the New York Academy of Medicine to read published studies of nutrition in Britain, and compared the published sources with the unpublished ones. Columbia University’s Rare Book and Manuscript Library helped me learn more about the Carnegie Trust, which funded a large-scale nutrition survey in Britain. I conducted similar research at the Rockefeller Archive Center, where I collected interesting sources on the Foundation’s Health Commission in Europe and its influence on British studies of nutrition. I wrote a chapter draft on Anglo-American scientific collaborations in the study of nutrition, and the intersection of philanthropy, humanitarian aid, and science within this context of nutrition. Of particular interest to my work are the collections at Yale University, where I was able to read the lectures of Clemens von Pirquet, an Austrian physician who played a pivotal role in connecting British, American and Central European science of nutrition. Von Pirquet was a Rockefeller Foundation Trustee and did groundbreaking work on hunger prevention in Vienna after World War I. The time he spent at Yale was, in my opinion, a transformative transnational collaboration in medical nutrition, and I am very grateful to have had the chance to read these rare papers, which shed new light not only on Central European scientific nutrition but also on how this discipline was conceptualized for American medical scholars. In these lectures, von Pirquet stated, “I declare that the kitchen, for me, is more important than the pharmacy” and presented a holistic perception of public health as a fusion of clinical and social science.
One of the most important aspects of European-American scientific exchange in early twentieth-century nutrition was the process of international standardization. My dissertation uses international conferences and technological data to reconstruct this historical process. At the Rockefeller Archive Center, I examined philanthropy and technology, since part of the Foundation’s humanitarian aid consisted of shipping laboratory equipment from the U.S. to Europe. The Foundation’s work, I realized, led to the popularity of American calorimeters in Britain and in other parts of Europe, and effected international standardization and measurement in the study of food. By the same token, I investigated the different reactions to calorie measurement, including von Pirquet’s attempt to provide an alternative feeding unit that could replace the calorie.
In all of the libraries and archives I visited, I enjoyed the support of the local librarians, who kindly advised me and explained their collections. Presenting myself as a Consortium Fellow was fantastic, since I discovered that many librarians have a long relationship with the Consortium and some of them were even Fellows when they were still in graduate school.
The Consortium short-term research fellowship allowed me to expend the international and American aspects of my dissertation, and enabled me to explore aspects of scientific nutrition that I could not see when I worked only in British archives. Although I do not reside in Philadelphia, I was able to attend a handful of talks and events affiliated with the Consortium, and I found them to be a valuable source of intellectual inspiration. I am most grateful to the Consortium for supporting my research and making this year into a rigorous, as well as pleasurable, stage of my dissertation work.