Seminal Ideas: The Forces of Generation for Robert Boyle and his Contemporaries 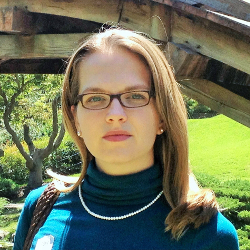 My project while at the Consortium looked at generation—that is, how things in nature are born or “come to be”—in the time of Robert Boyle. The problem of generation as understood in the seventeenth century has recently become a hot topic. Nonetheless, Robert Boyle’s influence in the life sciences or the topic generation has been relatively unexamined. This absence in the secondary literature is both surprising and alarming given Boyle’s undeniable influence and the huge role that the subject played in his understanding of natural philosophy. Boyle addresses the problem in more than twenty treatises spanning roughly forty years. His understanding of the forces of generation, moreover, would remain closely tied to his ideas about God and the biblical account of Creation throughout his life. During my time at the Consortium, I worked to address this gap in the secondary literature and develop a monograph that could establish the sources that influenced his earlier writings on generation; trace his changing views on generation throughout his life and career; and demonstrate Boyle’s influence on other seventeenth-century theories about the generation of plants, animals, and minerals, and fossils.

This story begins in 1646, when a teenaged Boyle returned to England and eventually settled in Dorset. Over the next five years, Boyle developed a close friendship and collaboration with English physician, Nathaniel Highmore. In 1651, both William Harvey’s De Generatione and Nathanial Highmore’s History of Generation were fresh-off the press. When Harvey (who rejects the mechanical philosophy) uses the term ‘plastick’, he describes an immaterial, formative force related to the faculties of the soul. Previous literature discusses Harvey’s influence at Oxford and the way in which his physiological project was taken up and re-appropriated by the mechanistic physicians and proponents of the “New Science”. But contextualizing Harvey’s experiments with animal generation was problematic. The main challenge for the mechanical philosopher became one of eliminating an immaterial force from any account of generation. This problem is exemplified by Harvey’s own student, Nathaniel Highmore, who, like Boyle, eagerly embraced the new mechanical philosophy. Highmore’s own work on generation was, in fact, dedicated to the young Honorable Boyle, then only twenty-four. Yet, it also shows how gargantuan the task is to abandon Aristotelian forces when discussing the problem of generation. How is inert matter supposed to organize itself? Even gravity, a force responsible for moving and acting upon passive matter, presents a problem for a world system in which matter is entirely inert.

My goal was to understand how Robert Boyle treats the agents of generation—seminal principles, plastic powers, and petrifick spirits—and to consider how his views on generation change over time. Whereas much of the secondary literature on Boyle claims that chemical powers have no place in a mechanical ontology, I have found that Boyle presents a distinctly mechanical explanation for these generative principles by adapting them to his own corpuscular philosophy. He does so, in part, by adopting a unique strategy to mechanical explanation that is informed by his own epistemological concerns. I further set out to capture the various communities in Europe with which Robert Boyle interacted, examining early sources and later influence of his ideas across the various institutions across Europe. My project of examining Boyle’s contemporary reception was greatly aided and strengthened by several sources within Consortium-member collections.

The University of Pennsylvania’s Van Pelt Library and Kislak Center, for example, houses several relevant sources–such as Robert Hooke’s complete works, which include his Discourse on Earthquakes and Of Comets and Gravity. In each, Robert Hooke describes a power from within the Earth that is responsible for the petrification of stones and the converging of fluids into a terrestrial nature. The origin of complex minerals such as fossils or petrified wood was a contentious subject of the seventeenth century. That controversy, moreover, was intimately linked with the problem of generation because of earlier authors. Boyle and Hooke, who worked together in close proximity, were among the first to promulgate the idea that minerals and fossils are formed from fluids – an idea Hooke articulates in these treatises. Princeton University’s Firestone Library likewise has rare, contemporary publications of so-called Cambridge Platonist Henry More. Boyle engaged in a highly public controversy with Dr. Henry More, and the nature of their dispute speaks volumes about Boyle’s stance on the ontological status of chymical powers, such as plastic powers, and the mechanical affections of matter. It further illustrates the relationship that Boyle assumes between his experimental approach and his commitment to the mechanical philosophy. Boyle’s approach was attractive to English Empiricists, like Locke, because it allows one to black-box agents that are acting on matter. His disputes with other contemporaries also speaks to the diversity of “mechanical philosophy,” during the seventeenth century.

Ultimately, this book tracks a crucial shift, begun by Boyle, from a focus on ontological essence to modus operandi. Boyle stipulates that naturalists are not meant to explain what an agent is but rather what changes an agent makes and “after what manner, those changes are effected.” These changes, according to Boyle, can inevitably be explained in terms of matter and motion. Vis-á-vis his epistemic approach, Boyle’s theological Voluntarism commits him to nescience and mitigated skepticism about the mode of operations of powers. Despite that nescience, Boyle presents a mechanical account for them insofar as he can explain the changes produced. Thus, Boyle is advocating for the rejection of Aristotelian essentialism in favor of a descriptive approach to science.