Southeast Asia and the Beginnings of the Primary Health Paradigm, 1948-1978

Southeast Asia is central to the development of Primary Health paradigm. My current project investigates from a transnational perspective the ways in which international health initiatives were received and transformed in a Southeast Asian context.

The first decade of the Cold War (1945-55) provided the political context for the evolution of Primary Healthcare. The US—in its attempts to subvert the spread of communism—sought to purchase the loyalties of leaders from newly-decolonized nations of Asia and Africa. To this end, it portrayed poverty and disease as the breeding grounds of communist ideology and initiated malaria control campaigns in Southeast Asia. The political leadership of Southeast Asia was aware of the political ramifications of foreign aid. Whereas President Soekarno of Indonesia sought to achieve a delicate equilibrium between increased openness to international aid and implementing the country’s health program independently, Philippine health policies were congruent with the prescriptions of international aid agencies especially the World Health Organization (WHO). Underlying the malaria eradication campaigns of Southeast Asia (1950s and 1960s) was the question of modernization. The implementation of health initiatives in the region under the postcolonial state and international organizations witnessed inner tensions between the notional magic bullet approach and a more holistic approach that linked health to broader concerns of social welfare.

The Bahasa Indonesia caption on the postage stamp reads “A World United Against Malaria (1962). From the private philatelic collection of Vivek Neelakantan.

The Alma Ata Conference on Primary Healthcare (1978) was preceded by the failure of the Global Malaria Eradication Program (1955-1969). The failure of the US-led campaign in turn, left global health leadership open to the USSR that intended to showcase what its state-sponsored healthcare could accomplish.

During my CHSTM Fellowship visit between April and June 2019, I first consulted the rich holdings of the Rockefeller Archive Center. During my time at the Rockefeller Archive Center, I consulted the China Medical Board inventory. Of particular relevance to my research were the I.C. Fang Files (I.C. Fang was the first Director General of the WPRO). The files shed light on the politics within the WHO during its first decade (1948-58) and the regionalization of the organization. Following my work at the Rockefeller Archive Center, I   consulted the Seeley Mudd Rare Books and Manuscripts Library in Princeton. The Seeley Mudd Library is home to the Louis Fischer Papers that shed light on the politics of international aid. Next on my visit was the New York Academy of Medicine. I consulted gray literature, particularly pamphlets issued by ICA (International Cooperation Administration, a US governmental agency between 1955 and 1961) and issues of Southeast Asian medical periodicals of the 1950s.

During my time in Harvard in May 2019, I visited the Schlesinger Women’s Archives and the Countway Library. At Schlesinger, I studied the Martha May Eliot Papers (Martha May Eliot was the first Deputy Director General of the WHO from the US). The papers are of special relevance to my project as they shed light on the political circumstances under which preventive medicine was abandoned in favor of the more reductionist magic bullet approach. Research at the Schlesinger forced me to rethink global health from the perspective of gender.

In short, then, the CHSTM fellowship has been invaluable in my efforts to understand the inner tensions within global health, i.e. the notional magic bullet approach, and a holistic approach that linked health to broader concerns of social welfare. In other words, to understand the “what if” question in history. I have recently submitted an article to Southeast Asian Studies journal on the centrality of the Philippines to global health, based on research undertaken at the CHSTM institutions. 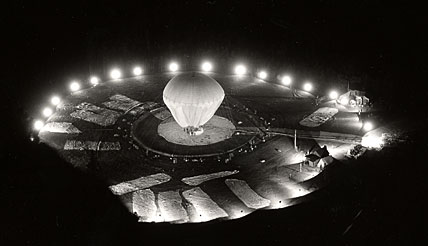