In this episode of Perspectives, we speak with Adam R. Shapiro, author of Trying Biology: The Scopes Trial, Textbooks, and the Antievolution Movement in American Schools.

In his book, Adam R. Shapiro details the ways that the business practices of the science textbook industry of the early twentieth century, combined with a new push toward teaching a unified subject called "biology" in American high schools, led to the showdown known as the Scopes Trial. However, as Shapiro notes, this seemingly paradigmatic clash of supposed opposites—science and religion—was really anything but: evolution and evolutionary thinking had been in the cultural zeitgeist for a half-century before the Scopes Trial, and antievolution religious sentiment had existed all throughout that time as well. Instead, he argues that we need to look at the shifting social, political, and economic situation in America, at a time when secondary education was becoming compulsory nationwide, and a small cadre of powerful textbook manufacturers were competing with each other for market share in proliferating science classrooms. Alongside an increasingly contentious battle between rural and urban visions of America, these developments—and not any insurmountable chasm between science and religion—set the stage for the Scopes Trial as well as for more recent conflicts about what should be taught in the nation's schools. 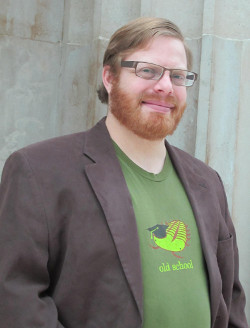 Adam R. Shapiro received his Ph.D. in Conceptual and Historical Studies of Science from the University of Chicago. He was NSF Fellow-in-Residence at the Consortium for History of Science, Technology & Medicine in 2016-2017. His most recent book (with Thomas Dixon) is Science and Religion, A Very Short Introduction from Oxford University Press.

The Consortium's collections provide many opportunities to learn more about the Scopes Trial, evolutionary biology, and science pedagogy.

News stories related to this forum:

David Ceccarelli, Between Cope and Osborn: The Role of the American Biological Discourse on the Public Debate on Evolution